skip to main | skip to sidebar

DID YOU KNOW this little horror history fact:

Most people don’t know that pumpkins come in other colors besides orange.

There is a classic horror story about a real, young Black child who lived in the 1800s. Can you guess what story it was? The Legend of Sleepy Hollow was not originally the fictional story of Ichabod Crane.

According to New York records of the time, Ephraim Brownsome was a student in a secondary school for free Black children before the tragedy. This event took the lives of twelve children and eight adults.

It began with the request of an abolitionist to integrate the schools of Boston, Massachusetts. Parents were excited to send their children, who represented the best and the brightest, and give them the opportunity study under elite scholars. It required the colored students to travel from New York to Boston.

The trip took days. They crossed lands with old plantations that had bloody slave revolts on them. Legend told that the lands were dangerous because the spirits of the slave owners would possess weak minds.

On the group’s return trip, Ephraim mocked slavery and slaves themselves. He said Africans had to be stupid to let someone enslave them. On the evening of the third day, young Ephraim murdered all of the children in his stagecoach and another one before his killing spree was cut short. He was shot down during the conflict.

While lying on the ground, the horses pulled the stagecoach wheel over his body and decapitated him. Both his head and body were brought back to Sleepy Hollow and buried in an old Dutch cemetery.

Months later, the cemetery had become overgrown with weeds and vegetation. On the night of All Hallows Eve, Ephraim rose from his grave. His body had pushed through the weeds and a pumpkin had grown nearby, replacing his head. A black pumpkin.

The possessed, black-pumpkin-headed body of Ephraim continued his murderous rampage. This time, he killed more than just Black children. The town’s militia was able to stop him again but not before fear struck the hearts of any and all survivors.

The story of this incident has changed over years and, due to racism, the young, Black Ephraim was replaced with the name of his first white victim - Ichabod Crane. Even the color of the pumpkin was changed to orange.

Only one photograph of Ephraim exists. If you look closely, you can see the face of a white man inside a black pumpkin.

Check out his battle against the Black Leprechaun http://kck.st/3E51WBT Halloween Wars

Check out the new project on Kickstarter Horror Streetz 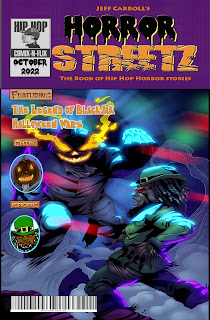 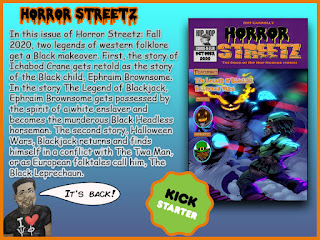 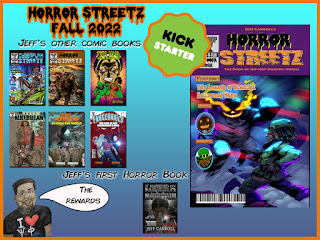 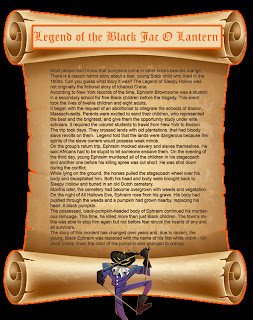 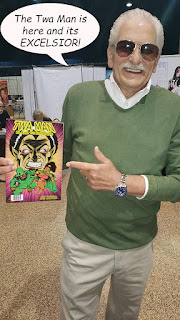 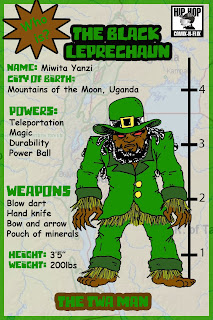 Check out the project on Kickstarter http://kck.st/3E51WBT
Posted by Hip Hop Comix N Flix at 6:03 PM No comments: 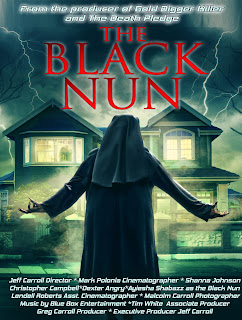 When a young black couple moves into a historic black neighborhood, they learn that the people who live there believe in a protective spirit called The Black Nun.  To this upwardly motived and conservative couple the concept of a Black spirit is beyond their capacity to understand. So, when they decide not to conform to the neighborhood superstition they become victims of the Black Nun’s wrath. 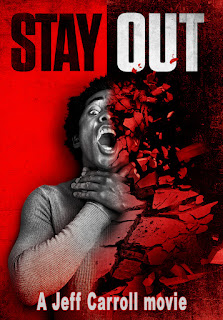 When Get Out meets Us America’s racial tension boils over.

When two interracial couples of college students embark on a short road trip to party for spring break they have to cross the racially intolerant lands of Central Florida.  Aware of the dangerous racism which is so prevalent in Central Florida the four students decide to save money and drive through the area rather than drive the extra 4 hours and avoid the treacherous region. After catching two flat tires in the middle of Central Florida they have to wait until morning for road side service. One by one they each learn of the motives behind the racial tension haunting Central Florida. However, the lesson may cost them their lives and they may not make it to South beach let alone through the night. 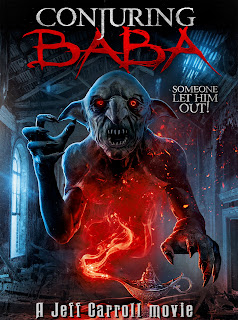 The Conjuring of Baba is the story of a student named Nzinga who wants to prove that what western scholars teach people about the dead being synonymous with bad is wrong. She believes that the African view is correct. That the dead are just like the living. There are good spirits and bad.  However, during her investigations, she learns of a soul-stealing spirit on campus. Once she learns of the bad spirit Nzinga must learn the way to send this bad spirit to hell and only Baba can help her do it. 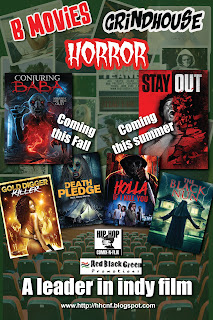 Posted by Hip Hop Comix N Flix at 7:30 AM No comments: 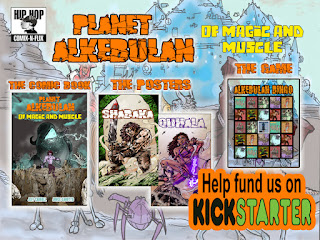 In Planet Alkebulan Magic and Muscle the King informs them that the spell that has kept Planet Alkebulan hidden has been broken and now the Planet life creation energy is uncontrolled. Only the King and Queen together can realign Planet Alkebulan’s creation energy. Now, that they have learned what is causing the misborn anomalies Shabaka and Quhala along with the King’s guards the Sisters of the Golden Circle embark on a journey to unite the King with the Queen.  Their journey to the Queen takes them across the marshes of Miri Miri home of Soulrah a powerful sorceress. Book two of this adventurous series takes readers further into this planet and it sure to dazzle everyone. 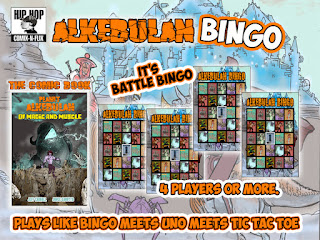 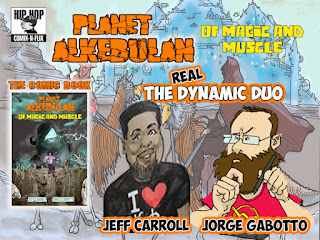 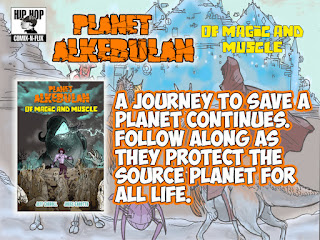 Posted by Hip Hop Comix N Flix at 4:46 AM No comments: 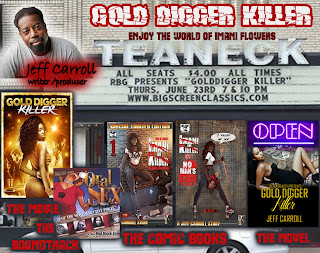 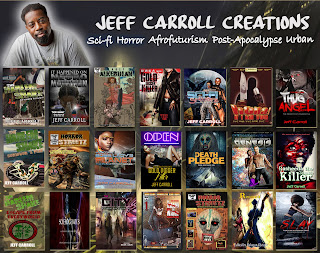 Check out my author page on Amazon https://www.amazon.com/author/jeffcarrollscifi
Posted by Hip Hop Comix N Flix at 5:40 PM No comments:

Progress comes to the persistent. 40oz of Death was the 4th screenplay that wrote and the political references are connecting even stronger now. Strong bless up to Jorge Luis Gabotto Marcus H. Roberts Bradley Golden 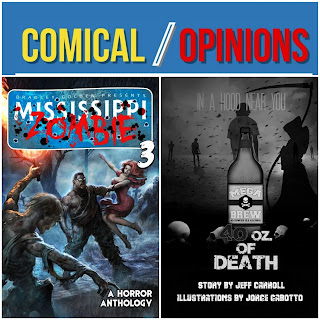 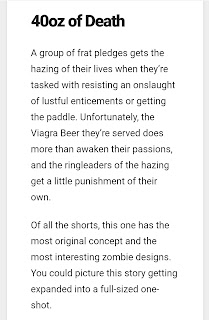